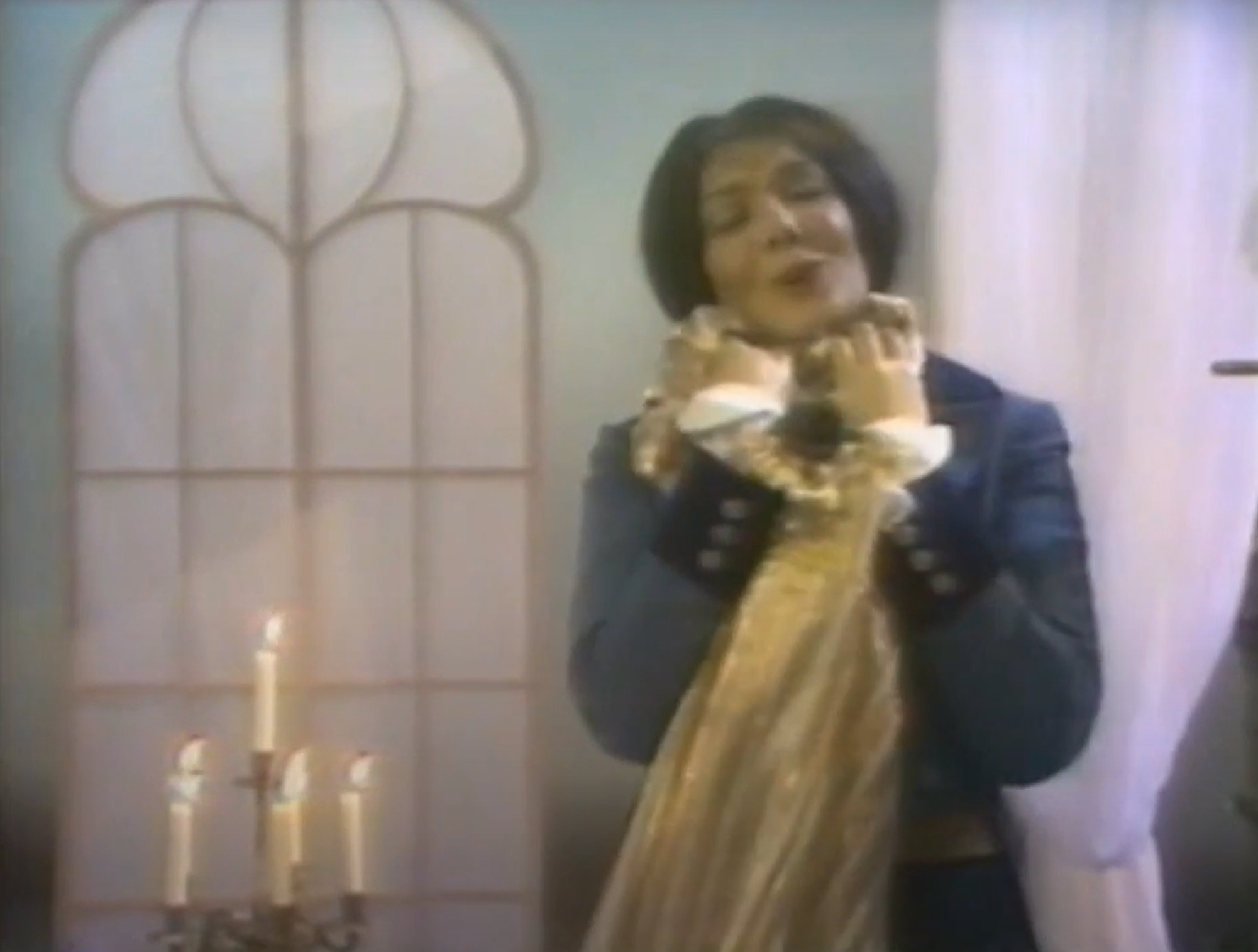 This cute clip of the Gavotte sung by Huguette Tourangeau playing ‘Mignon’ as part of an opera with Joan Sutherland.  In the storyline, the star character is a young girl called ‘Mignon’ who was a stolen child, recently freed by the handsome young man ‘Wilhelm’. Wilhelm agrees for her to stay with him in disguise as his page. In the scene with Gavotte you first see the character ‘Philine’, an actress who is played by Joan Sutherland, enter her luxurious bedroom where she is staying at a baron’s castle. Then ‘Wilhelm’ enters with ‘Mignon’, still in disguise. Wilhelm then leaves the room with Philine and, left alone in the room, Mignon tries on Philine’s costumes and make-up while singing the song "Me voici dans son boudoir (Here I am in her boudoir)" which is the Gavotte. Students can watch the whole thing if they are is interested!  Since this is an ‘abbreviated’ version of the opera, only the G major section of Gavotte is sung in this clip.