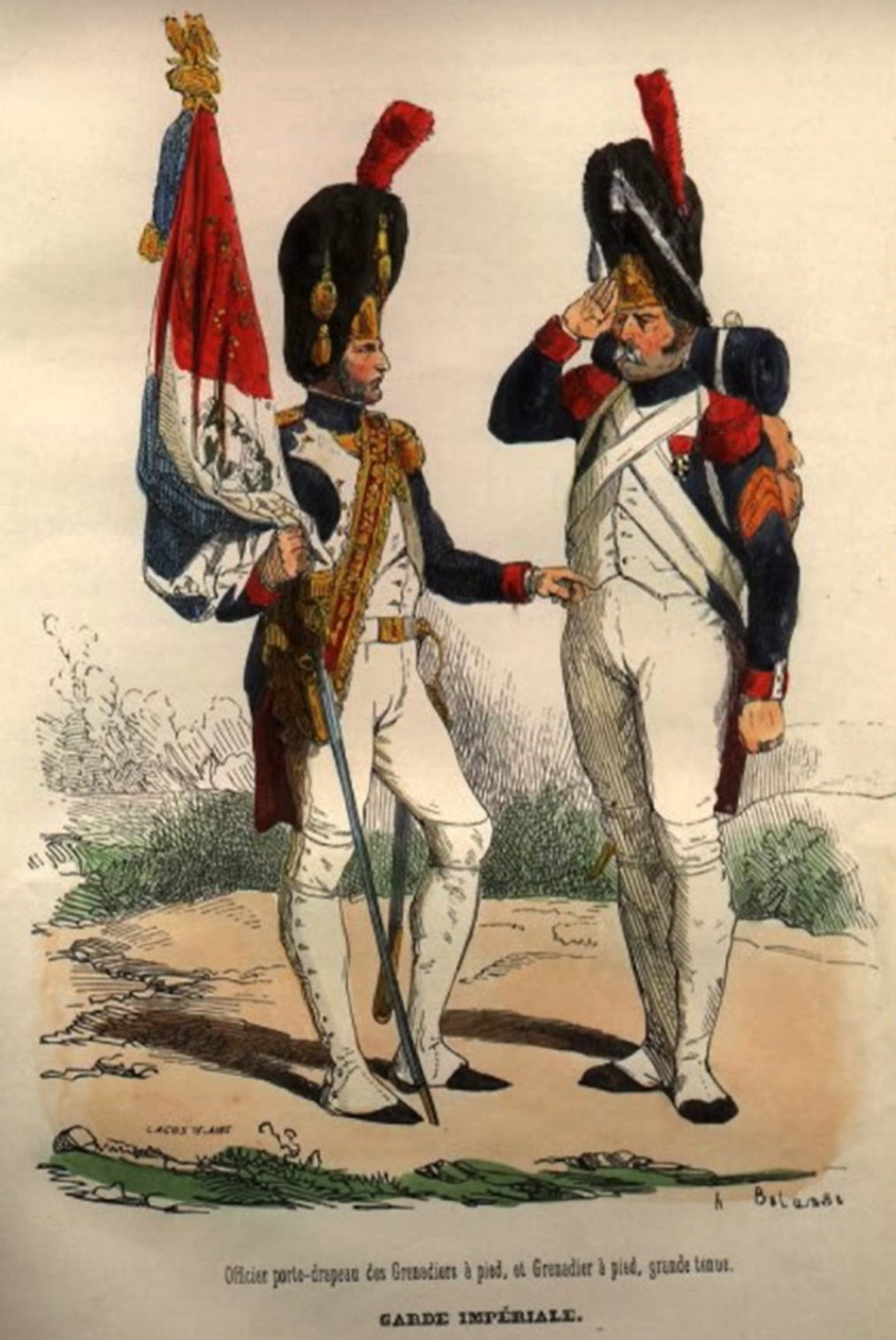 The Two Grenadiers, by R. Schumann, is a piece in Suzuki Violin volume 2.

Originally for a solo voice and piano, this Romantic Era song  "Die beiden Grenadiere" is Heinrich Heine's famous Romanze style poem, set to music by Robert Schumann. The poem depicts two French soldiers lamenting France's defeat after the capture of Napoleon, and patriotic spirit of one. The latter part features the melody of the French National Anthem "La Marseillaise".

This youtube video has the song along with the translation (from the German) as it is sung. The gist that can be explained to young violin players is – "two tired defeated soldiers were walking a long long way, very sad.  then they remembered their home which raised their spirits, so they sang their national anthem!!" – or something like that!.